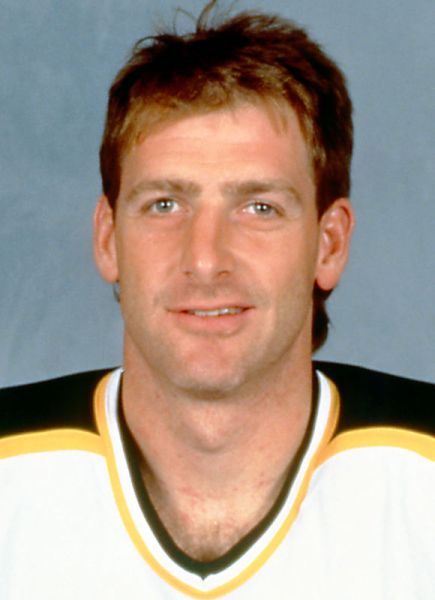 Born in New Westminster, B.C., Brent Hughes began playing for the hometown New Westminster Bruins of the WHL as a 17-year-old forward. He continued to play with the team until the 1986-1987 season when he suited up for only eight-games before being traded to the Victoria Cougars. That season, he played 71 games with the Cougars, posting impressive numbers scoring 38 goals and 61 assists. After going undrafted, the 5’11 195-pound forward signed as a free agent to the Moncton Hawks of the AHL in 1987.

In the 1987-1988 season, Hughes played 77 games, posting 13-19-32 numbers with 206 PIM for the Moncton Hawks and caught the attention of their pro-affiliate, the Winnipeg Jets. During the 1988 off-season, Hughes agreed to a three-year deal with Winnipeg and started the next season playing for the Moncton Hawks, appearing in 54 games before being called up for his first National Hockey League action. He went on to play 28 games with the Jets that year, scoring 2 goals and 3 assists. The next season, he would only appear in 11 games with Winnipeg, collecting a goal and 2 assists, before being sent back down to the Moncton Hawks for the next two seasons until he was traded to the Washington Capitals in 1991.

The forward never saw ice-time with Washington that season, playing 67 games split between the Baltimore Skipjacks and Maine Mariners of the AHL, before being traded to the Boston Bruins in February of 1992. Hughes finished the 1992 regular-season playing eight games with Boston, collecting a goal and an assist with 38 PIM, and played his first ten games in the playoffs, contributing two goals. For the next three seasons, he wore the Spoked-B with pride and played a role in helping the Bruins to the playoffs each year, appearing in 19 playoff games. The physical forward played a total of 191 games with the Bruins, contributing 25-22-47 numbers with 511 PIM and 27 fighting majors. After the 1994-1995 season, his time in Boston expired, and in October of 1995, he was claimed by the Buffalo Sabres in the NHL Waiver Draft. Hughes would go on to play 76 games with Buffalo that season. After his contract with Buffalo expired in 1996, he was signed as a free agent by the New York Islanders. During the 1996-1997 season, he would end up playing his last 51 games in the NHL before being sent to the International Hockey League to play for the Utah Grizzlies for the remainder of the season. The left-winger continued to play in the IHL and split his time between the Utah Grizzlies and Houston Aeros until he retired from hockey in 1999 at the age of 32. Hughes ended his eight-year NHL career with 357 games played, 41 goals, 39 assists and 831 PIM.

After Hughes announced his retirement, he was named head coach of the Austin Ice Bats of the Central Hockey League and brought his team to the Ray Miron President’s Cup final their inaugural season. Hughes spent the majority of his coaching career with the Austin Ice Bats until 2008 before becoming head coach for the Corpus Christi Stingrays near the end of the 2009 season. He eventually retired from coaching in 2011, finishing with a career record of 257-174-43 and two Ray Miron President’s Cup Final appearances.