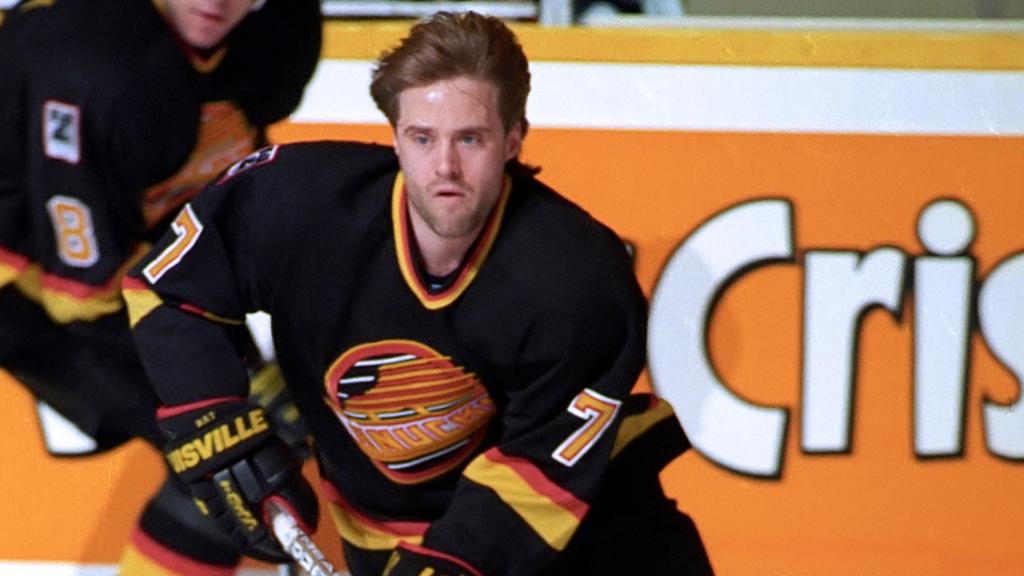 Cliff Ronning had an 18 year NHL career where he played for the St. Louis Blues, Vancouver Canucks, Phoenix Coyotes, Nashville Predators, Los Angeles Kings, Minnesota Wild and New York Islanders. Drafted by the St. Louis Blues in the seventh round of the 1984 NHL Entry Draft, 134th overall, the 5-foot-8 center didn't let his lack of size deter him from becoming one of the NHL's best playmakers and most consistent scorers in the 1990s and early 2000s. The native of Burnaby, British Columbia scored at least 20 goals eight times, had seven seasons with at least 40 assists and 11 seasons with at least 50 points and finished his NHL career with 869 points (306 goals, 563 assists) in 1,137 NHL games, as well as 86 points (29 goals, 57 points) in 126 playoff games.

A stand out in junior, Ronning scored 136 points with New Westminster of the Western Hockey League in his rookie season earning him the league’s rookie of the year award. The following season after being drafted, Ronning was sent back to New Westminster where he accumulated an astonishing 197 points, establishing a WHL record at the time for most points in a season. Accordingly, Ronning earned the WHL Most Valuable Player Award and the Bob Brownridge Memorial Trophy as the league's leading scorer. Recording just 20 penalty minutes, he was also named the Most Sportsmanlike Player.

After Ronning's record setting season, he joined the Canadian National Team, with whom he played for one and a half seasons. During this stint, Ronning made his first appearance in the NHL with the Blues, playing five games in the 1986 Stanley Cup Playoffs. Ronning began the next season with the National Team again before joining the Blues for the remainder of 1986–87.

Ronning did not, however, find his full stride in St. Louis and in 1990–91, he was traded to the Vancouver Canucks in a five-player deal that sent him with Geoff Courtnall, Robert Dirk, Sergio Momesso and a fifth round draft pick (Brian Loney) in exchange for Garth Butcher and Dan Quinn. Ronning quickly became a key element on the rapidly improving Canucks and was a huge part of their 1994 playoff run to the Stanley Cup Finals which saw them lose  in seven games to the New York Rangers.

Ronning became a free agent after the 1995–96 season and signed with the Phoenix Coyotes for their first season after moving from Winnipeg. Following just over two seasons in Phoenix, he was dealt to the Nashville Predators. In all four seasons with the Predators, Ronning led the team in scoring, twice exceeding 60 points.

At the 2001–02 trade deadline, the Predators sent him to the Los Angeles Kings and the following off-season, he was traded to the Minnesota Wild. Ronning was a veteran presence and still an able scorer, recording 48 points, as the Wild reached the Western Conference Finals before being swept by the Mighty Ducks of Anaheim.

In 2003–04, Ronning signed with the New York Islanders, mostly playing as a powerplay specialist, recording 24 points in 40 games played. As the NHL lockout suspended play, he was inactive the following season and when the NHL resumed, he announced his decision to retire on February 15, 2006.