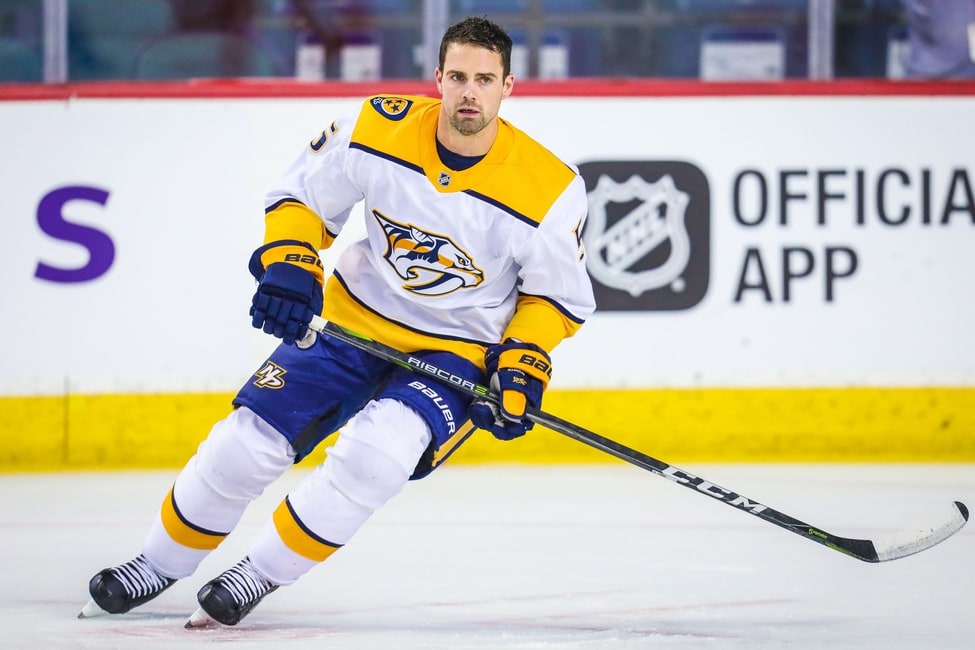 Dan left home at the age of 15 to start playing junior in Prince George. During his time there, he met his wife, Sarah. They have three daughters together. He played major junior hockey with the Cougars of the Western Hockey League (WHL) and was selected 12th overall by the Nashville Predators in the 2001 NHL Entry Draft. The following year, he was awarded the Bill Hunter Memorial Trophy and Four Broncos Memorial Trophy as the league's best defenceman and player of the year, respectively; he would also be named the top defenceman in the Canadian Hockey League (CHL), the governing body of major junior hockey in Canada.

After a final season in the WHL, Hamhuis made his professional debut with the Milwaukee Admirals of the American Hockey League (AHL), a minor league affiliate of the Predators. He made his NHL debut the next year for Nashville.  After five seasons with the club, Hamhuis became an unrestricted free agent and signed a six-year contract with the Canucks. In his first year with the club, he helped Vancouver to the 2011 Stanley Cup Finals, where they lost to the Boston Bruins.

On July 1, 2016, after not being resided by the Canucks, Hamhuis signed a two-year contract with the Dallas Stars.  On January 30, 2018 while playing with Dallas, Dan skated in his 1,000th NHL game, a milestone shared by only 321 other NHL players.  On July 25, 2018, Hamhuis as a free agent signed a two-year contract in a return with the Nashville Predators, the team that originally drafted him is 2001.  Internationally, Hamhuis has represented Canada on multiple occasions, appearing in two World Juniors where he won a bronze and silver medal, six World Championships winning gold in 2007 and he was member of the 2014 Canadian Olympic Team who won gold in Sochi.

Dan still resides in Smithers during the summer months and plays a significant role in helping local charities with fundraising.  Dan has been a big supporter of the new Smithers Arena and the Celebrity Golf Tournament.  In the early years of the tournament, when Dan was a young boy, he would caddy for the visiting Celebrities.