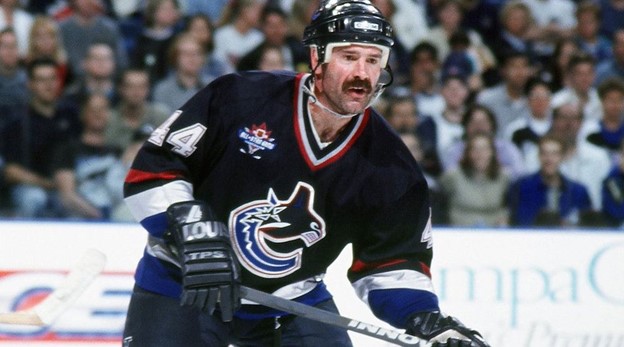 Dave had a successful 19 year career in the National Hockey League playing for Winnipeg, Hartford, Vancouver, Philadelphia and LA and appeared in two NHL All-Star games.  Babych finished his career with 142 goals and 581 assists for 723 points in 1195 NHL games, along with 970 penalty minutes. He added 21 goals and 41 assists for 62 points in 114 playoff games. He has also coached and ran hockey clinics in China, the Ukraine and from major cities to small communities throughout Western Canada all the way up to the Artic.

Dave is also an entrepreneur and part time adventurer in the Vancouver area. He has postsecondary education in Business Management and Building Construction. Dave’s past Board appointments have been in Salmon Foundation, Community Living BC, Athletics for Kids. Present boards, Watson Center Society for Brain Health, Vancouver Canuck Alumni/Foundation, latest appointment to the Advisory Board for Crystal Lake Mining. He also has been and is still involved in many charitable organizations which include A4K(Athletics For Kids), Canuck Place, Canucks for Kids Fund, Can, Harvest Project, Hollyburn Family Services to name a few. Dave has resided in North Vancouver, BC for 28 years with his wife and 5 boys.