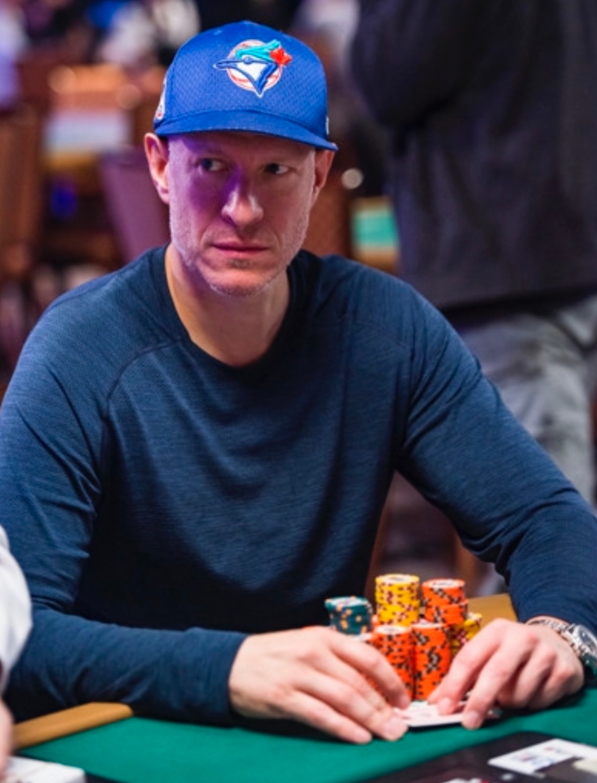 Greg Mueller is a 3 time World Champion poker player and a retired professional Hockey player. Born June 2nd 1971 in Schaffhausen, the German/Canadian grew up in White Rock, BC but returned to Europe to play professional hockey in Germany. He played 8 seasons in the DEL and First Bundesliga. A couple highlights include; playing in the Spengler Cup, in Davos Switzerland in 1992 and winning the German Championship in 1993-1994 with Hedos Munich.

After retiring from hockey at the early age of 28, Greg turned the countless hours of cards on the back of the bus into his current profession. Greg started his poker career by playing in cash games. Enticed by the competition, glory, and big payouts Greg then began to dabble in tournaments. The poker celebrity, now known as “FBT” (Full Blown Tilt) has since made 19 World Series of Poker (WSOP) and World Poker Tour (WPT) final tables and won 3 WSOP bracelets. “FBT” can be seen playing on TV poker shows such as: “Poker after dark”, “NBC Heads Up Poker Championship”, “Doubles Poker”, and is a regular on “Poker Night In America”.

When Gregs isn’t travelling the world playing poker, he can be found making wagers on the golf course, or playing hockey with the Canucks Alumni. He’s been a regular with the Alumni and their charity events for 7+ seasons.