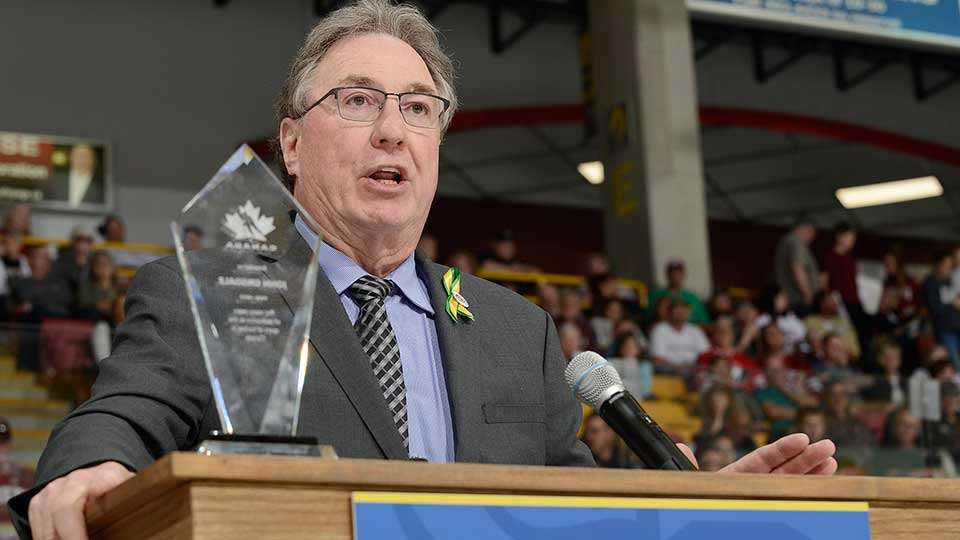 John Grisdale spent 15 years as the BCHL commissioner from 2003-2018. As a player, he played 6 seasons in the NHL with the Toronto Maple Leafs and Vancouver Canucks. After graduating from NCAA Michigan Tech, he signed with the Toronto Maple Leafs but was traded to Vancouver in 1974 and spent the bulk of his 250-game NHL career with the Canucks. After retiring, he was a partner for 18 years in a successful industrial insulation company. In 2003, he took over for Ron Boileau as the BCHL league president and became the first person to take on the title of commissioner and held the league’s top job longer than any person in league history.

During Grisdale’s time as commissioner, BCHL teams claimed five RBC Cup national Junior A titles and 67 BCHL players have been selected in the NHL Entry Draft including eight first-rounders. Going back to the start of Grisdale’s tenure, it was his vision that ushered the BCHL into the Internet age with the creation of the league website for the 2003-04 season and the introduction of pay-per-listen audio broadcasts which have given way to today’s pay-per-view broadcasts of all games.

In 2016, he was inducted in the BC Hockey Hall of Fame in the Builders category and in 2018, the Canadian Junior Hockey League appointed Grisdale a Life Member of the CJHL for his efforts and contributions to Jr. A hockey. In being named a CJHL Life Member, Grisdale received this prestigious award in honour and recognition of his many years of service, dedication and commitment to Jr. A hockey across Canada in both British Columbia and the entire CJHL. Grisdale became the sixth individual in CJHL history to earn this distinguished accolade. The CJHL introduced the John Grisdale Top Prospects Award, which will be presented annually to the highest selected CJHL player taken in each year’s NHL Draft.