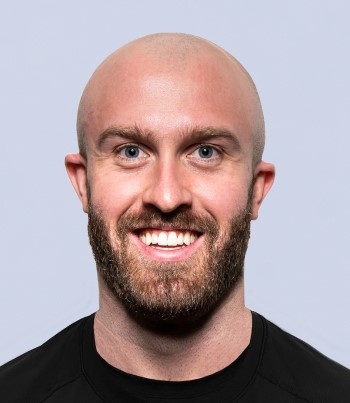 Ryan Sommer made his Olympic debut at Beijing 2022. He won a bronze medal in the four-man bobsled event as a crewman for pilot Justin Kripps along with Cam Stones and Ben Coakwell. The Olympic dream was sparked in Ryan later in life while working as a forest fire fighter in Northern Alberta. It was watching the Opening Ceremonies of the 2016 Olympic Summer Games in Rio, where he was dared by a friend to test his skills at a national recruitment camp. He relocated to Calgary the following month and never returned.

Sommer earned his first international medals early in his second North American Cup season in 2017-18 and during the 2018-19 season he won three straight gold metals (one two-man, two four-man). That was just the start of the success he would have with Kripps, Stones and Coakwell. They won two straight gold medals on the Europe Cup before Sommer competed in his first World Cup race in January 2019. They would go on to win gold in Lake Placid in February for Kripps’ first ever World Cup four-man victory. After winning a two-man silver with Kripps in Calgary, the four-man crew would take the bronze medal at the 2019 World Championships in Whistler.

Team Kripps kept the momentum going in 2019-20. They opened the World Cup season with back-to-back four-man gold medals in Lake Placid. They closed the season with a gold medal at the legendary Olympia Bobrun in St. Moritz. They only finished outside the top-five once as they finished third in the World Cup four-man standings. After a shortened 2020-21 season where Team Kripps reached the podium in three of the four four-man races before finishing fifth at the world championships, the team was back for a full schedule in 2021-22, finishing second in the World Cup four-man standings after winning three medals and never finishing lower than sixth.

Outside of sport, Ryan enjoys fly fishing, traveling, plants and culinary experiences.   A graduate from the University of Lethbridge Kinesiology program, Ryan also has a Certificate of Business from Queens University.